We just completed an amazing and powerful memorial for Morwen Two Feathers. The many different circles, cultures and tribes, whom she inspired and touched, that showed up to this event were a beautiful reflection of her life’s mission. 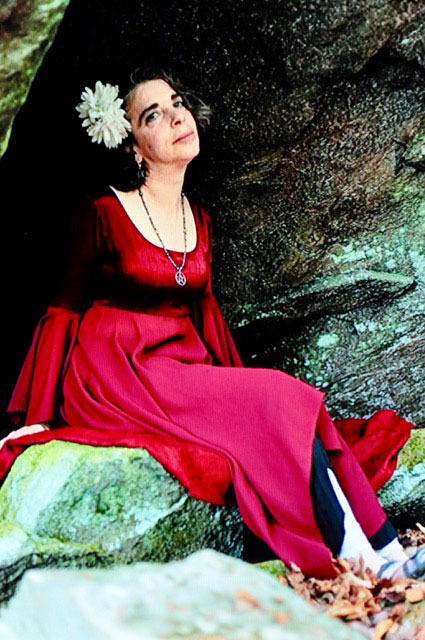 The Corinthian Lodge, was charted by non-other than Paul Revere in 1797. This beautiful majestic Masonic hall is the local venue in Concord, Massachusetts that Jimi & Morwen have used for many of their programs and gatherings. They have brought me here numerous times to do Rhythmical Alchemy Playshops and 3-day DCFacilitator trainings

The lodge was filled with 250+ people from many parts of the US, and around the world. These people represented all the different wide and varied communities, tribes, families and cultures whom Jimi & Morwen have touched and played pivotal roles throughout the years.

Morwen was a dot connector, and I was one of those dots. At the event, I recognized at least 6 diverse ‘tribes’ represented in that gathering.

Morwen was a true pioneer for women drummers. She LOVED the dun duns. Devotees and supporters of Babatunde Olatunji, Morwen & Jimi co-founded Earth Drum Council in 1990. It was one of the first groups focused on promoting and teaching African drumming in the US. They are considered elders in the Earth Drum, Earth Spirit, Dance New England, several Fire Tribe drum and dance communities that they helped to build.

Morwen brought Babatunde Olatunji, Imani, Cornelia Jacklin, and myself, as well as other people into Massachusetts, by producing and hosting programs for us.

Here is a short list of the different communities and their annual events that Morwen had a hand in hosting, producing, or being heavily involved in: 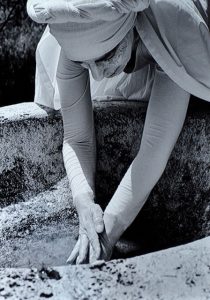 This memorial event was a celebration of her life. It was more of a friendly gathering than a wake. That’s the way she wanted it.

The large entrance foyer to the hall was packed with the many types of Morwen’s artwork. It was full of masks, hats, jewelry, murals, collages, paintings, fine ink drawings of mandalas, shadow boxes, hanging mobiles, hand-made painted shakers, and woven artifacts from nature. Jimi had four of Morwen’s ink mandalas blown up and etched on 4 by 4 foot frosted plexiglass sheets. He had them backlit and installed in the main Masonic Temple room.

Unfortunately we could not include the amazing artwork pieces that she had created and left out in nature.

As every one entered the building and walked through the foyer, they got a small taste of Morwen’s amazing eclectic artistic creativity.

Of course, there was a lot of drumming and dancing going on during the event. There were also mini-performances, a running slide show of Morwen in all of her colorful ways of living. We viewed an in-depth video interview taken and edited by Craig Norton for his Drum Circle documentary. Jimi set up plenty of time between events for us to share Morwen stories with each other.

We finished off the evening with Rhythm Church facilitated by myself-elf. At the end of Rhythm Church I faded out the clock (hand percussion), asked all the people in full Rhythm Church trance mode, who were playing the colored Suzuki chimes to, “find their last note.” They did so in a perfectly timed in-the-moment self-facilitated ending where I had Jimi Two Feathers play the last note of the evening. He did it on Morwen’s favorite Tibetan singing bowl which was in perfect pitch with the chimes.

It sang long – strong – and proud, just like Morwen’s voice. Nothing else needed to be said. We were done.

On the way out the door, people picked up their gift from Morwen. The gift was repotted aloe plant shoots that were divided from plants that Morwen cultivated and nurtured herself. Everyone took one of Morwen’s aloe plants home. They all got a little piece of Morwen’s spirit that they could grow and nurture.